Former Australia spinner Brad Hogg picked as many as 4 Indian players including 2 opener in his current Test XI but dropped India captain Virat Kohli from his squad. 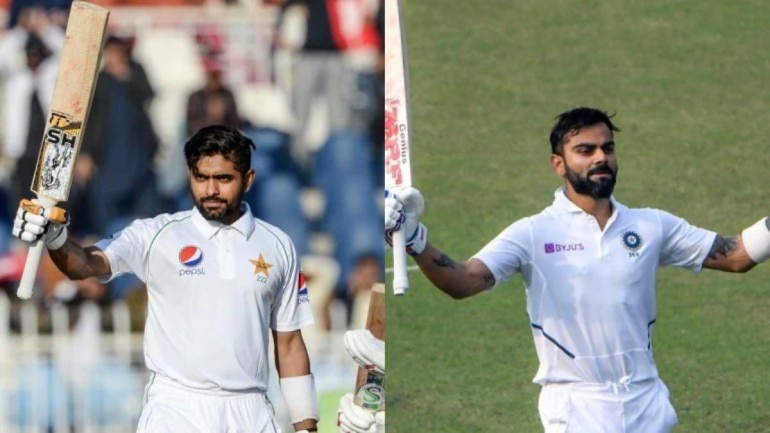 Is Babar Azam really a competition for Virat Kohli now and is it a serious thing now that the newly-appointed Pakistan captain can match up to Indian captain’s standards? Well, some of you might say that Babar Azam will even surpass Kohli’s standard. Days after England spinner Adil Rashid said that he finds Babar Azam better than Virat Kohli, former Australia spinner Brad Hogg has dropped Kohli from his current Test XI.

The two comparisons have to be brought because Babar Azam has been successful in impressing the former chinaman bowler and finds place in his current Test XI. Brad Hogg said that Babar Azam has scored only 5 Test hundreds but he impressed him in his recent outing in Australia.

“He has made 4 hundreds (5) but the reason why I got him in my team is because he made a hundred against Australia in Brisbane when Pakistan toured last year. It’s very hard for overseas team to perform on that particular wicket. He proved that he could and he is starting to take the mantle in Test cricket as one of the best players going around.”

Brad Hogg also went on to explain the reason why he dropped Virat Kohli from his squad. The 49-year-old showed the Delhi batsman’s batting record from his last 15 innings.

“Just look at this (he pointed at the stats on the screen), 15 innings and only 4 times he has got over 31. That’s why Virat Kohli is not in my Test team.”

Apart from this Hogg chose 4 Indian players in his team. Bard Hogg selected Mayank Agarwal and Rohit Sharma to open in his current Test XI. Then he had his “favourite batsman” Ajinkya Rahane bat on the 6th position. Mohammad Shami was the only Indian bowler to find place in Hogg’s elusive squad.

“Love the way how Mayank plays the beautiful cover drive and the pull shot. Rohit Sharma is lucky to be in this line-up but he has averaged 92.7 (since January 2019) and has played Test cricket in India this year but I love the way he is so relaxed. He pushes the ball through the off-side and then works the ball off his leg. Number 6 my favourite player Mr. Ajinkya Rahane. Technically correct and always going under the radar, what a year he had. Mohammad Shami bowls really good reverse swing and gets wickets in every innings like Pat Cummins.”

Australia’s very own ‘GOAT’, Nathan Lyon got selected as the only spinner in the squad.

IndiaToday.in has plenty of useful resources that can help you better understand the coronavirus pandemic and protect yourself. Read our comprehensive guide (with information on how the virus spreads, precautions and symptoms), watch an expert debunk myths, and access our dedicated coronavirus page.
Get real-time alerts and all the news on your phone with the all-new India Today app. Download from